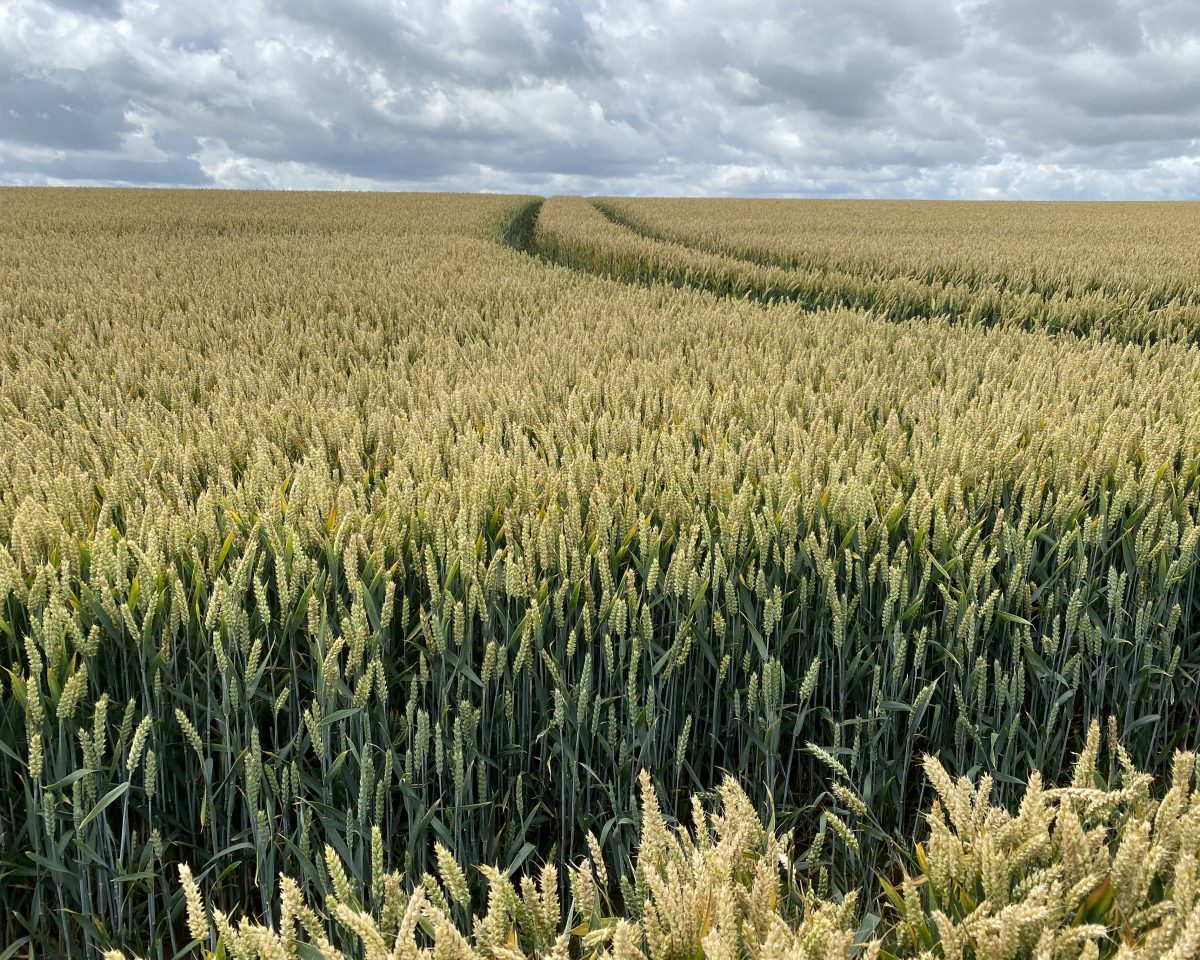 “A big fundamental to high yielding crops is the root structure, which is encouraged by Delta K application at the start of the season. We repeatedly measure larger root systems where it has been applied versus where it hasn’t.

“And obvious, but central to high yielding, high quality crops is sunlight capture. Tim’s Bionature-applied crops stay greener for longer and so have time to capture more sunlight and turn it into energy and this is achieved by mid and late season foliar feeds Tip Top, Calflux and XStress, coupled with a robust fungicide programme,” adds Jeremy.

Tim Lamyman won YEN medals in the highest cereal yield category, with 15.4 and 15.6t/ha respectively, as well as a host of other gold and silver awards. “Our farm’s approach is to produce resilient plants through the use of an advanced crop nutrition strategy,” he says.

“I’ve worked with Bionature since 2014 as a trial farmer, and their products are head and shoulders above the rest because they’re effective, consistent and tank mixable.

“We apply two 2.5L applications of Delta K in the autumn/winter and one more application in the early spring. This encourages large root development and more compact, shorter, stronger, stiffer stems to support biomass later on.

“We then move into the Tip Top part of the programme, which is a foliar NPK treatment applied at the T1 -T1 ½ stage, to create biomass and help tackle the potential potassium deficit.

“At flag leaf timing XStress is used to enhance the photosynthesis in the light capturing leaves by providing micro elements to prevent the plant shutting down. It also helps root absorption under stressful conditions.

“In oilseed rape, CalFlux is added as well to limit pod abortion. Using it in oilseed rape allows the plant to draw on the CalFlux source of Calcium, using extremely clever technology that keeps the Calcium in the flowering area of the plant, and under stressful conditions the plant draws on this source of calcium instead of the new growth. This in turn limits pod abortion, evens up seed size and strengthens the oilseed rape pods,” he says.

Tim explains that his approach is specifically aimed at productivity, and in a tough year, where crops were under a lot of water stress, Bionature products performed under pressure. “We had 650mm of water between 1st September 2019 – 1st March 2020 on the farm, which is in the Lincolnshire Wolds,  and the crops maintained greening later into the season, despite this excess water and lack of light.

Mark Carter, Bionature UK director, is delighted with the 2020 YEN award wins. “Tim Lamyman’s input as a trials farmer has been priceless and we now know when and where these products perform best.

“With a unique delivery mechanism and the environmental pressures we all face, never has there been a better time to use our nutrition programme. When trials officers, farmers and agronomists comment that there isn’t another product they have in their tool box that compares to ours, it’s testament to the last few years of hard work developing products and programmes,” Adds Mark.