Tim Lamyman is a farmer who knows how to produce a yield. His 600ha farm in the Lincolnshire Wolds has been the stage for many record-breaking harvests and this year he was determined to get the highest possible yield from his OSR by using an in-depth nutrient programme from Bionature. By applying liquid nutrition to the crops at every stage of the growing cycle he was able to achieve a huge 6.2t/ha (on the standard 40% oil content). Here’s how he did it:

“I’ve never seen pod size and density like it.”

“I’ve always prided myself on pushing yields further, but as a farmer it’s all about returns in the end. We used Bionature’s full range this year; Delta and 1–4-All then Rainbow Wave and CalFlux and also Tip Top to prolong the greening. I’ve never seen pod size and density like it, and that’s down to the CalFlux. The field’s so dense it’s been like combining a brick wall.”

After drilling the field back in August 2016, Tim Lamyman applied Bionature three times to help the crop establish before the winter. He went back over again in the spring and during flowering, so that by the time harvest approached, the 8.8ha field was growing exceptionally well, full of strong, long pods. In fact, the yield was looking so strong that it looked like it might even take the world record.

That’s it! Tim Lamyman has finished cutting the crop he hopes will set a new world record of oilseed rape. Now for the maths #harvest17 pic.twitter.com/mXDJK1rQ0u

While July’s wet weather ultimately put paid to the record attempt, Tim’s final yield of 6.1-6.2t/ha (at standard 40% oil content) shows yet again how much more can be achieved through nutrition.

“Today’s been the culmination of more than a year’s work. We’ve been here every 6-8 weeks during the growing season with Tim looking specifically at nutrition. Once disease and weeds are taken out of the equation, nutrition is becoming the limiting factor, so we’re trying to satisfy the crop so it’s getting everything it should be from a nutritional point of view, from cotyledon stage through to the end. We’ve monitored through tissue analysis, soil sampling and leaf samples, so we know the underlying deficiencies and can address them. These crops are bred to do better than they’re currently doing, which is 1.5-2t per acre on average. Tim’s achieved more than 6 today, which just underlines the potential.”

“It’s phenomenal what can be achieved just by feeding these crops. The secret to success on Tim Lamyman’s farm was using the full range of Bionature products. By going on early with the Delta and 1-4-All, then at flowering with Rainbow Wave and CalFlux, the OSR had all the liquid nutrition it needed at every stage in the growing cycle.”

Early application is essential. At the cotyledon stage, we went on with 2.5l/h of Delta. We repeat that two-and-a-half weeks later. Then, depending on the size of the crop and how it’s going, we may go on with another 2.5l/h in another two weeks. Applying Delta Ca or K in the weeks after emergence, along with an insecticide, helps larger, fibrous root structures develop and promotes cytokinin growth. With Delta you go into winter with your ground covered and green, while the crop has:

Depending on the weather, get on in late February with another 2.5l/h of Delta once the plant is growing again, then in the spring go on with your Rainbow Wave, to boost boron and molybdenum to help trace elements. At flowering, you’ll go on with a couple of applications of CalFlux to give the crop:

Application amounts will vary according to the weather (if in doubt, speak to your agronomist). 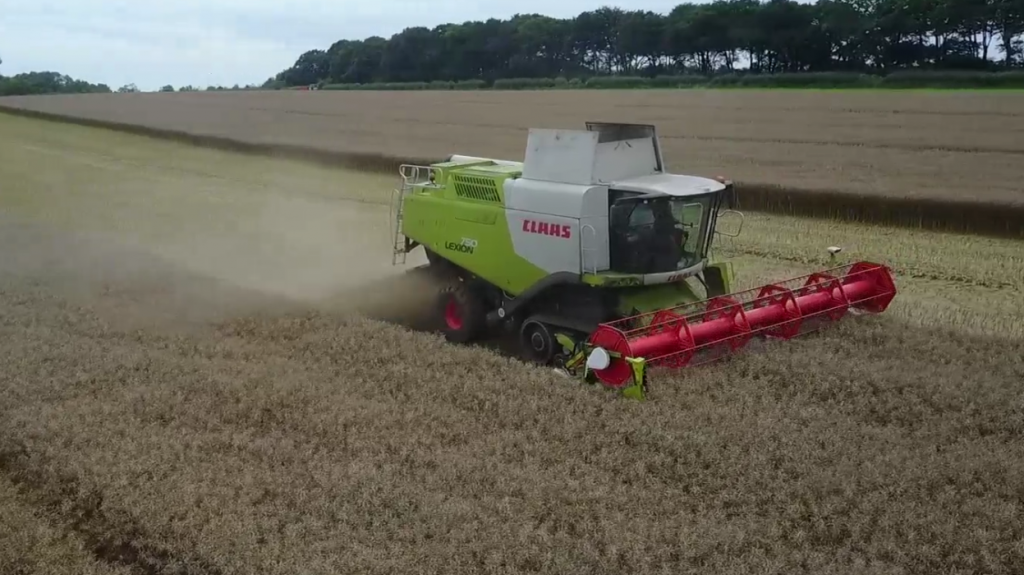